Free Synthetic Aperture Radar data can be some of the hardest to find, but it is out there if you look hard enough. These products are often provided in CEOS or other formats and there are a variety of tools available for working with the data.

The most common way to receive SAR data, is a sensor on a satellite. The family of satellites that have carried, are carrying, or will be carrying SAR sensors for commercial applications are presented below. 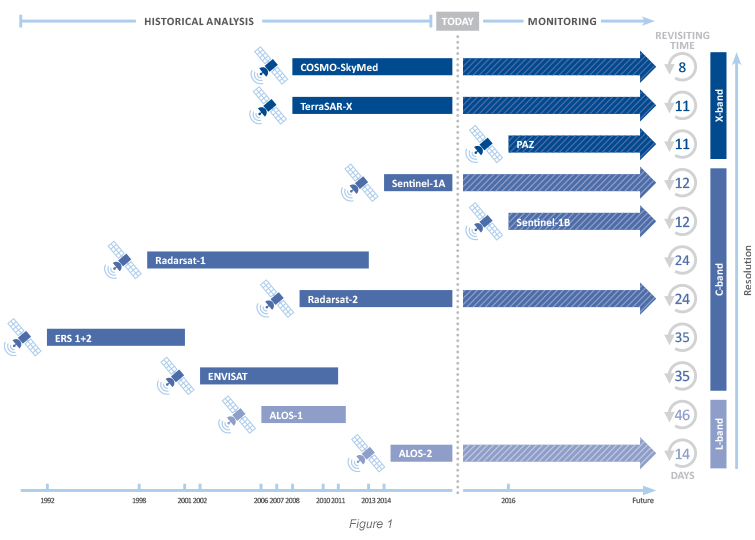 All satellites equipped with SAR sensors orbit the Earth on a near-polar orbit at an altitude ranging from 500 to 800km above the Earth’s surface, depending on the satellite platform hosting the SAR sensor. The time taken for a satellite to re-pass over the same area is called the ‘revisiting time’.

The angle between true north-south and the satellite orbit varies slightly, depending on the satellite, but in general lies in the range of 10 degrees. The circumpolar orbits of all SAR satellites mean that for half of their trajectory they are traveling from the north pole towards the south pole. This direction is referred to as a descending orbit. Conversely, when the satellite is traveling from the south pole towards the north pole, it is said to be in an ascending orbit. 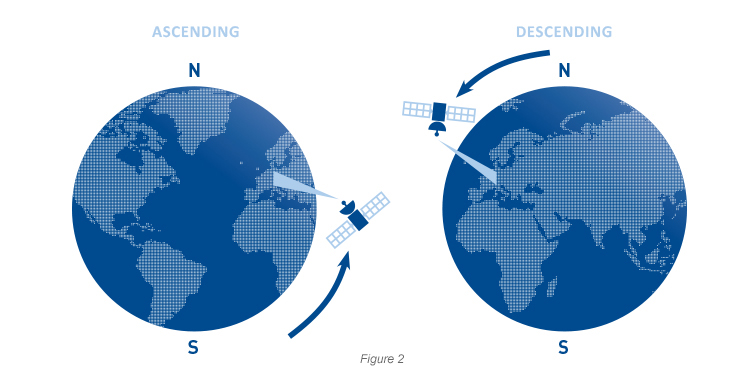 This university provides a wide amount of tools to work with SAR data. The most reasonable is an API which provides a possibility to query data from different sources. The API includes search by products data from these storages:

This briefly analysis shows that ASF API provides really old or hardly refreshable data. The description of some products was not found, but it was found that this sources are old and can be used for historical research only.

Other satellites (with data not in a public access)

These satellites have the spatial resolution up to 1m.

What is in the end? ASF API is a sort of SAR data sources aggregation. The only public actual data (free and in public sources, found during this small research) is provided by ALOS-2 satellite, but, there are no sources (or were not found) providing the daily whole earth coverage.

NOTE: it is possible that not all available sources are mentioned here, comments below the post are highly appreciated.